Moving from California to Austin, Texas? Your Guide to Austin Living! Tyler Shelton is an Austin native with 8 years of experience serving the Austin community. He holds designations as a Real Estate Negotiation Expert and Accredited Buyer's Representative. His experience and dedication allow him to service his clients at the highest level.


You probably heard the news that Oracle is moving from California to Austin, TX. It’s not alone. Tesla also announced it will park itself just outside the city, and a massive number of tech companies have already made the trek, making Austin the new tech hub in the US. It has its own version of Silicon Valley called Silicon Hill, and companies like Facebook, Amazon, and Apple have offshoots here.

But tech isn’t the only reason for the city’s growth. A large number of Californians are calling Austin home. According to the Austin Chamber of Commerce, most new residents come from California than from any other state outside of Texas. California equates to 8% of new residents, followed by New York at 3.3% and Florida at 3.1%.

Why Austin? Big advantages like no income tax, low regulation, and lower real estate pricing have attracted tech, but Californians also choose Austin because it is a fantastic place to live. Austin has been cited as the best city to live in the country for three years in a row.

If you are considering moving here from California, consider this article your introduction to Austin life. You’ll learn why so many Californians now call Austin home and discover similarities and differences that will help make your transition easier.

Texas may bring flashing visions of conservative oil ranchers and cowboys, but Austin loves to flip perceptions on their heads. The city is both politically and socially liberal and known for accepting a wide range of cultures and beliefs. Sure, you will see more cowboy boots and hats, but you’ll see plenty of hippies and tattoos, too.

One of the biggest reasons Californians enjoy Austin is the weather. It is characteristically mild and has over 300 days of sun a year.

Both California and Austin have long summers and short winters. Though winter can dip cooler than California and produce a thin sheet of snow, Austin doesn’t stay cool as long as California. During summer, both LA and Austin can both top 100 degrees, but Austin has more days of them. Most of the time, however, the weather is just about perfect – less dry than California and less humid than the southern and eastern sides of the US.

All this makes moving to Austin an easy transition for those who love Southern California’s warm weather. It’s also a welcome transition from the cooler temperatures of Silicon Valley and San Francisco.

Yes, it’s true that California has truly remarkable scenery, but Austin has its share of beautiful sites and is known for prioritizing outdoor activities. This makes it ideal for people with healthier lifestyles – something Californians can get behind.

With mild temperatures and periodic hot days, Austin gives you plenty of ways to cool down without needing an ocean. The city sits against the Colorado River, Lake Austin, and a number of cool watering holes like the always 70-degree Barton Springs Pool, as well as Barton Creek Greenbelt, Jacobs Well, and the Hamilton Pool Preserve with its natural grotto.

When you are ready to explore, nature is all around you. Take a scenic hike in McKinney Falls State Park or Wild Basin Wilderness Preserve, picnic with peacocks at Mayfield Park and Nature Preserve, or boat in the area’s wetlands and Lake Austin. You can even do cavern exploring at Inner Space Cavern. There are also plenty of green space near the city center along the river and around downtown. When the weekend comes, even more adventures await just a few hours out of town.

Compared to Austin, Californians tend to isolate themselves at home and don’t talk much with their neighbors. They work long hours, are generally more competitive, and, to use a California term, “fake-friendly,” as well as a bit distant and aloof in conversations until the ice is broken.

Autunites live life differently. Don’t be surprised if a stranger starts talking to you or if people around you drop what they’re doing to attend a local barbecue. They may even throw a barbecue for you, just for being new in town. They value get-togethers, friendships, and being spontaneous.

Along with the liberal side is the creative side, and all signs point to this continuing. Often tech is closely entwined with the arts. With an already set tradition of creativity, tech will give it another boost.

Austin is often on the list of most creative cities in the US, as are Los Angeles, San Francisco, and San Jose, and San Diego. Austin is known for its music, gaming, festivals, and outdoor graffiti art. Along with it comes creative approaches to food and clothing. All of this makes Austin a good fit for a creative Californian.

California is a force in movies, television, and music, but when it comes to hearing music live, you aren’t going to find a better place than Austin. It is the “Live Music Capital of the World.” It has small venues in bars and clubs and massive festivals like South by Southwest and Austin City Limits that bring close to a million visitors a year. There are an additional 22 festivals each year. Music styles range from folk, blues, and jazz, to indie, punk, and even bluegrass, Tejano, zydeco.

When it’s time to let off steam from work, Austin is an ideal place to do it. Texans often compare the city to the Berlin of Germany. In between festivals, you can enjoy plenty of nightlife and beer to go with it. It can be the perfect antidote for those crunching the hours in the tech industry.

There is no question that Austin is a fantastic place to eat. The city is filled with delicious restaurants and food trucks with American fare while blending Mexican and Southern food for an added kick.

Known for its out-of-this-world BBQ that blends tradition and the latest BBQ tricks of the trade, the area’s BBQ obsession owes its roots to the Czech and German settlers who formed meat markets. The city takes BBQ seriously, and it’s seriously delicious. Lines can be long, but it’s worth the wait. Take a look here at some of the best areas to go.

Then there are the infamous breakfast tacos. These are an Austin institution and a favorite after-party food. You’ll find them everywhere from taco trucks to sit-down brunch spots.

Austin also has a connection to the South. You get plenty of soul food, including insanely delicious biscuits and gravy!

You Still Get Wine!

Austin isn’t just all about beer. The Texas Hill Country is the second-largest wine-growing region in the country. With over 50 wineries and experiencing strong growth, more will come on the horizon. Here’s a look at what the city has to offer.

The biggest savings Texans have is in home pricing. According to Investopedia, homes in Texas are 59.1% higher than California. This is a huge benefit, particularly when considering the real estate pricing in Silicon Valley. Click here for a look at the area’s current home and condo listings.

Other necessities of life are cheaper too. When adding in food, child care, medical, transportation, and other miscellaneous factors, Texas is more affordable overall. You can save around $7,000 a year in child expenses while paying lower medical for all your family.

With the high influx of Californians, there’s a good chance you’ll find people you identify with here. Combined with Austin’s friendly and inviting people, you’ll feel right at home.

When you’re ready to make your move to Austin, we’ve got you covered. Download our 112-page moving to Austin, Texas guide to learn more about the ins and outs of moving here. And while you are on our site, search listings of homes for sale or rent, and check out our special section dedicated to new residents. We have professional real estate agents and relocation specialists who make the process of moving here easy. What is the Housing Market Like in Austin, TX?

If you are looking to buy or sell a home in Austin, it helps to know how the local market works. The good news is... What is the Process for Buying a Foreclosed Home in Austin?

Like many Austinites, you might be looking to buy a home more affordably. It's easy to see why. Current home prices... 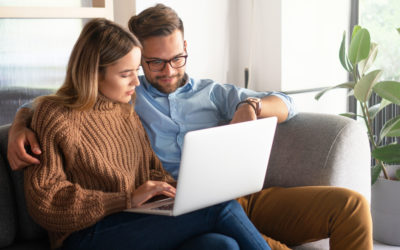 Appraisal Waivers: Your Secret Weapon for Landing a Home in Austin

Austin isn't your typical city - and this is especially true in today’s real estate market. Year after year, Austin's...